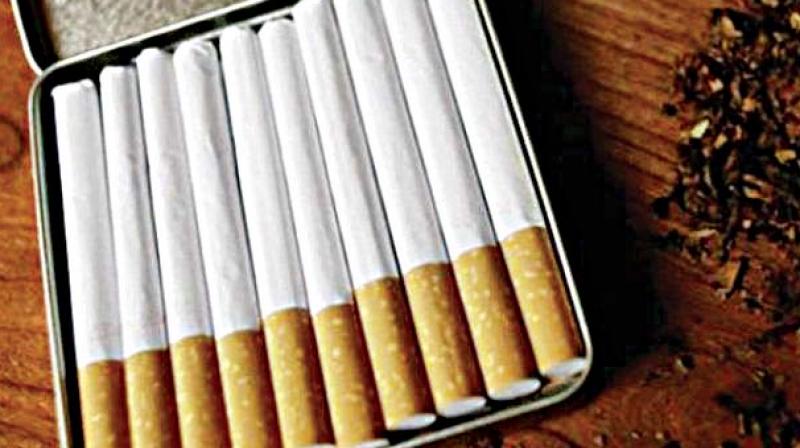 Bangalore: The smuggling of foreign cigarettes into the city has increased following a sharp increase in the prices of tobacco products announced in budgets over the past two years. Taxes on tobacco products were increased with each budget with health risks in mind.

As a result, Gold Flake Kings, a leading Indian brand, now costs around Rs 12 per stick, while contraband foreign cigarettes are sold at Rs 5 per stick. A pack of 20 units of a foreign brand costs around Rs 100, while ordinary Indian products are priced at Rs 250. These foreign brands are also readily available in most places.

Foreign cigarette brands such as Gudang Garam, Esse Lights and Dunhill are also smuggled by air, but smugglers prefer the sea route, a customs official said.

Recall that in January this year, customs officials at Kempegowda International Airport destroyed confiscated cigarettes weighing 2.70 tonnes, worth Rs 4.49 crore, seized several times from passengers. The authorities regularly seize cigarettes which are attempted to be smuggled into the city by passengers.

Most of the shipments originate from the port of Mumbai, from where they are routed to different parts of the country, including Bangalore, an official said. The highest number of cigarette transports are reported at Mumbai ports, the official added.

In one case, cigarettes were hidden behind plasterboard that served as a false ceiling in a container. Customs officials at the port suspected something was wrong and checked it for contraband foreign cigarettes.

With the government frequently raising taxes on locally made cigarettes, the price of imported and local varieties is almost the same, an official said. The taxation of local cigarettes is directly proportional to the smuggling of foreign cigarettes, he added. Smokers also prefer foreign cigarettes for their quality, low prices and availability.