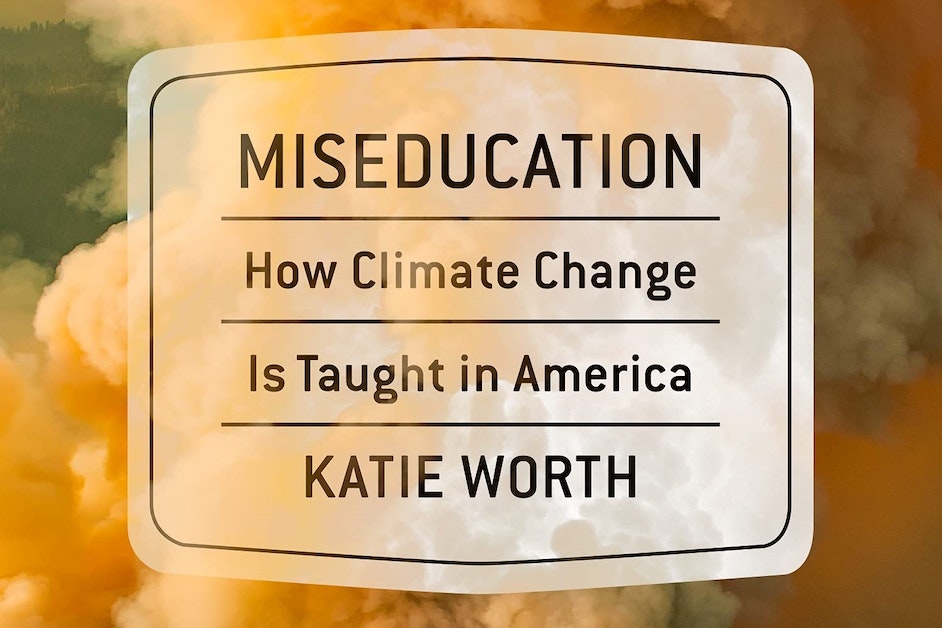 It may be tempting for some of us to think that a new generation – young people raised with existential concerns about the sustainability of life on Earth in the face of climate change, eager to adopt cures – will inspire the massive change needed. to protect the planet.

International figures such as Greta Thunberg and members of the Sunrise movement here in the United States are asking for and receiving attention for their climate activism. But many more young people are not learning the science of climate change in school.

Investigative reporter Katie Worth explains why it’s in her new book Bad education: how climate change is taught in America. Her research led her to create a database of science curricula and textbook standards in all fifty states. She has traveled across the country to experience firsthand what children are learning and how teachers approach the subject. She reports that more than a third of young adults believe climate change is not caused by humans and that four in five Americans don’t think there is a scientific consensus on global warming.

There are no national curriculum standards in American public schools, regardless of concentration. States decide what is taught, and red-blue political divisions affect which version of science students learn.

Worth explored the groups vested in influencing science education: oil companies, state legislatures, school boards, libertarian think tanks, conservative lobbyists, and textbook publishers. She found that just as the tobacco industry withheld facts about the dangers of smoking, forces interested in keeping a veil on the truth about climate change were spreading misinformation about its dangers, perhaps more specifically in the classrooms of public schools in the United States.

Outstanding reporting underpins the truly shocking facts in this book: The fossil fuel industry is doing all it can to undermine climate change education, which will be the most important fact in the lives of children in the world. school today. â€”Bill McKibben