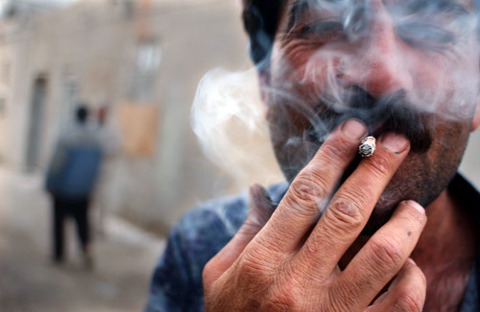 Egypt’s largest cigarette maker, the Eastern Tobacco Company, said on Thursday that a price hike for cigarettes produced by Egyptian companies was to go into effect on Thursday in line with recent amendments to the value-added tax law (VAT).

The amendments, which were approved by parliament on Tuesday at the cabinet’s request, are part of economic reforms aimed at reducing the country’s budget deficit, according to the head of the Budget and Planning Committee, Hussein Essa.

Producers have also asked for higher prices for cigarettes due to increased production costs.

Finance Minister Amr al-Garhy said on Tuesday that the new tax hike is expected to generate between EGP 7 billion and EGP 8 billion in revenue.

According to al-Garhy, 40 dollars from each pack of cigarettes sold will be reallocated to the health insurance budget.

It is not clear whether the price hike will apply to cigarettes produced by foreign companies such as BAT-Egypt and Philip Morris International, both of which use the Eastern Company’s factories to make their products sold locally.

In July, Eastern Company, which controls 70 percent of the Egyptian cigarette market, increased the price of some of its cheaper Cleopatra cigarette products by a range of 4.2 to 17.6 percent due to the ‘increased production costs.

The Egyptian pound has lost about half of its value since Egypt let its currency float at the end of last year, causing the prices of various commodities to rise.